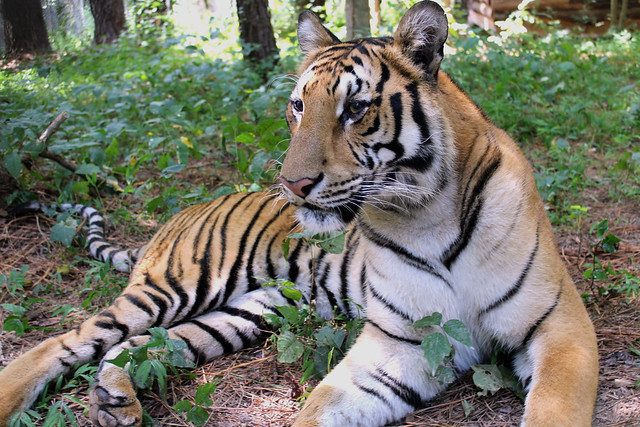 A century ago there were an estimated 100,000 tigers in the wild. Now, fewer than 4,000 wild tigers remain. That’s less than the population of Pittsboro, North Carolina. Does that number shock you? It should!  Why are wild tigers disappearing?  Habitat Loss/Fragmentation Tigers have lost approximately 95% of their historical range in favor of human activity. Agricultural activities and development projects are responsible for the majority of this destruction, which poses a severe threat to what few tigers remain. Tigers need large areas of land for their survival, making the fragmentation of existing habitats all the more dangerous. Human-wildlife Conflict Humans and tigers are at odds in the competition for space. As their habitat shrinks, tigers venture into human-populated areas to hunt domestic livestock and risk being killed out of retaliation. This also leaves them vulnerable to poaching. Poaching  The illegal wildlife trade is also responsible for the decrease in wild tiger populations, and is their most immediate threat. The belief that tiger parts contain medicinal properties is still widely held in a number of cultures, despite no evidence to support that claim. The death of one tiger at the hands of poachers has far-reaching consequences. What is being done to save tigers in the wild?  To combat the effects of habitat loss and fragmentation, wildlife corridors are being developed and utilized in tiger range countries (TRCs) to connect fragments of tiger conservation landscapes. These corridors allow tigers to travel safely between islands of habitat, find their own territory, and meet potential mates that are genetically different from themselves. Protections for parks and tiger habitats in TRCs have increased, as have... 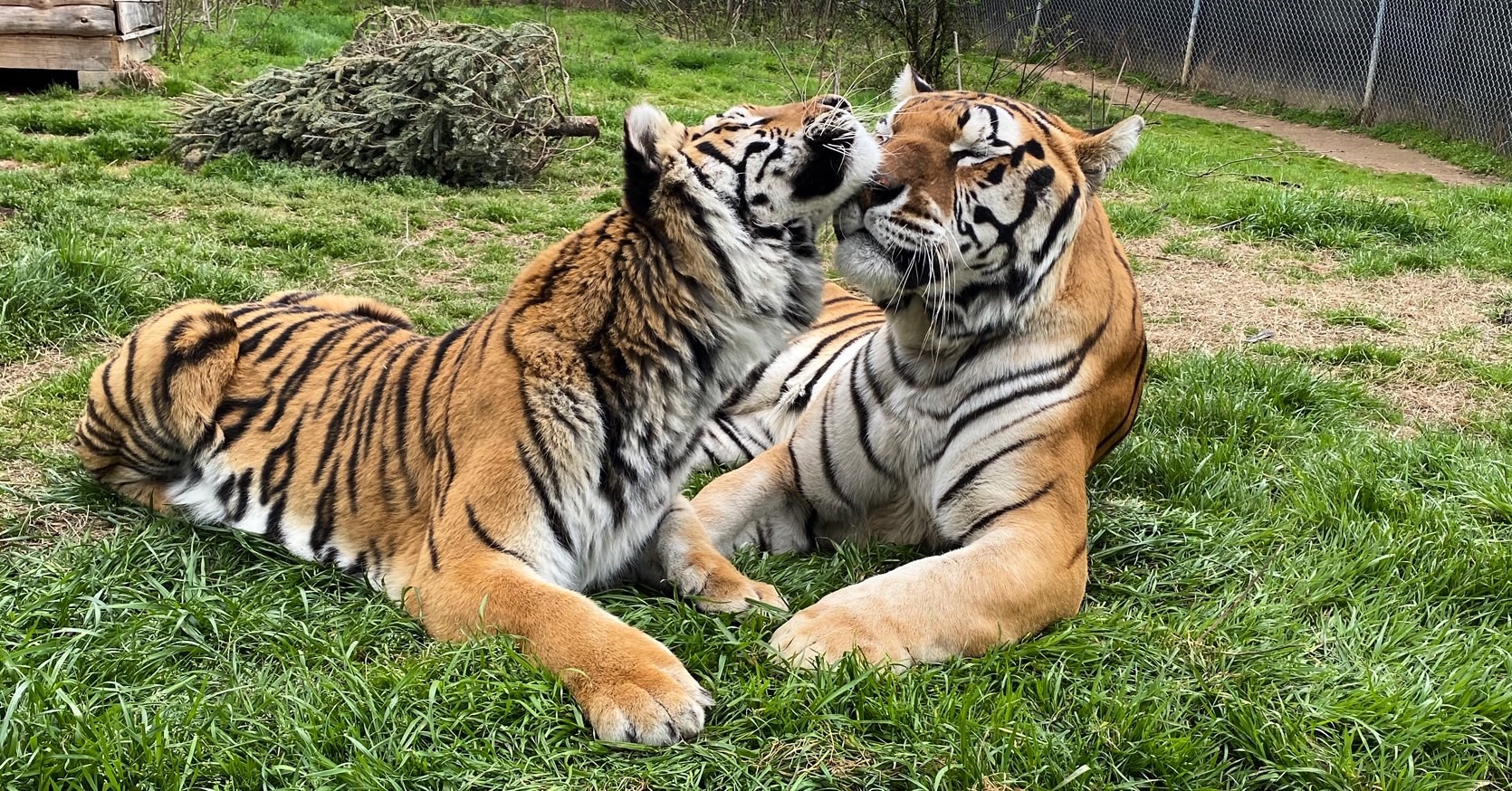 Get social with Carolina Tiger Rescue!

Get social with Carolina Tiger Rescue! Follow our social media profiles to see what we’re up to on a daily basis, learn about what it takes to be a true sanctuary, and enjoy pictures and videos of the animals we care for!  Facebook Twitter Instagram TikTok YouTube Recent Posts Carolina Tiger Rescue goes live on Facebook every Wednesday morning at 9:30 AM! We recently visited Roscoe Tiger who created two beautiful “pawcassos” for us. Keeper LA also showed us how she uses operant conditioning to help Roscoe with his anxiety. While Roscoe is normally a shy tiger, he did GREAT!  HAPPY 16TH BIRTHDAY RAJAH!  We shared pictures of Rajah and his unique story on our platforms to celebrate his sweet sixteen. Rajah is a favorite of many who visit the sanctuary. He is known for walking along the fence of his enclosure with a tour group and greeting guests with chuffles. He is a laid back tiger who enjoys hanging out in the shade, in his pool, and on top of his den box. He also loves enrichment! He will rub on and destroy a scented box or paint beautiful “Pawcassos”. He’s been with us for the majority of his life, and we are so happy to be his forever... 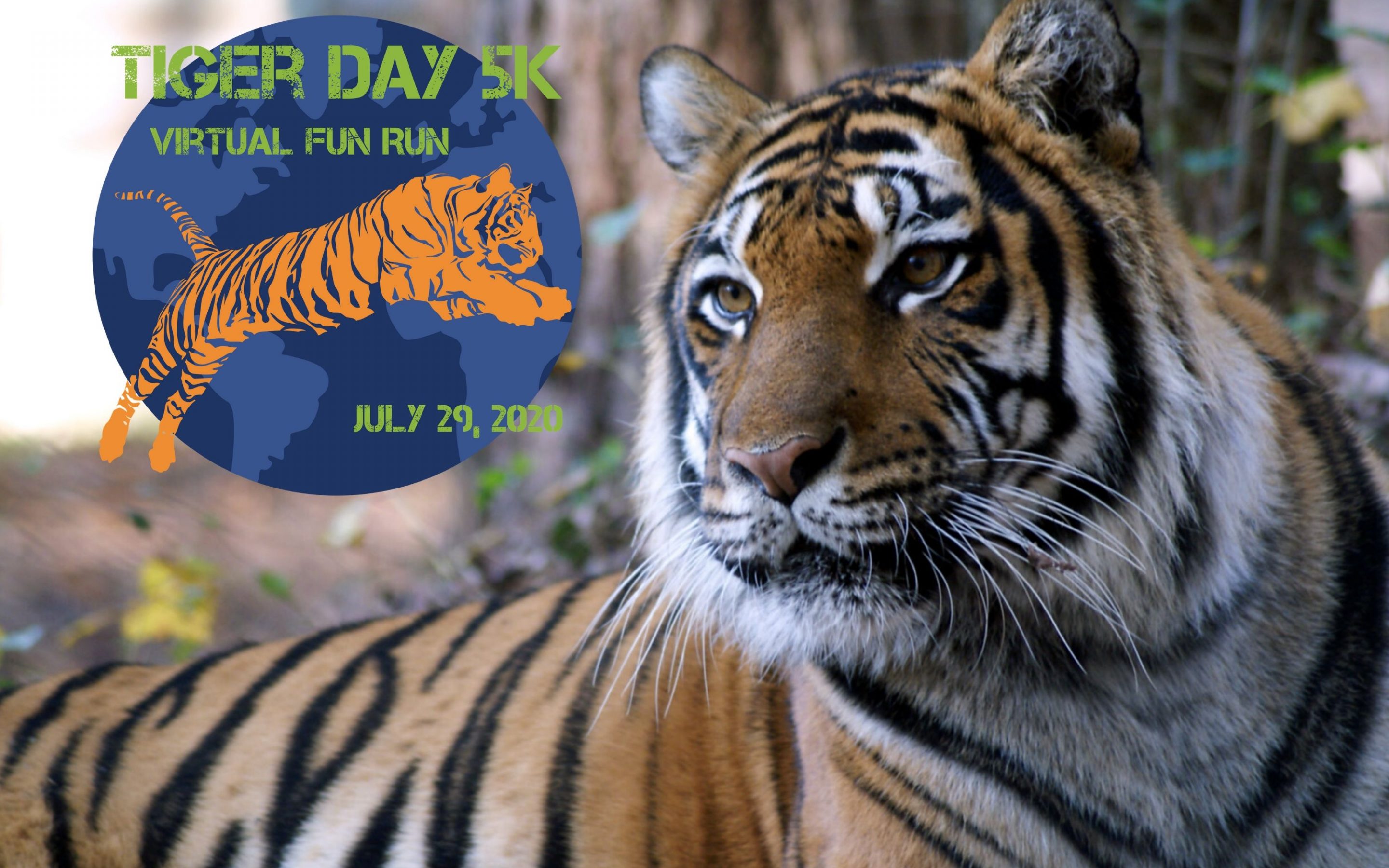 What would the tigers of Carolina Tiger Rescue be like as Tiger Day 5k teammates?

Join Carolina Tiger Rescue for its first ever Tiger Day 5k virtual fun run, with all proceeds benefitting the amazing cats (and other critters) that call the sanctuary home. Participants have the ability to create teams and recruit teammates – teams with more than five runners will be entered to win a private tour of the sanctuary! The more teammates, the better your chances of winning. Team members may bid to add an “honorary tiger runner” to their team! Not only do high bidders win bragging rights, but they also win an extra teammate, increasing their chances of winning the private tour. Curious about which tiger would make the best Tiger Day 5k teammate? Have no fear – we are here to help you decide between 16 fierce-ish honorary runners. Check out the slide show below to read about them, and click here to place your bid! We think these profiles will give you a little insight into their personalities... 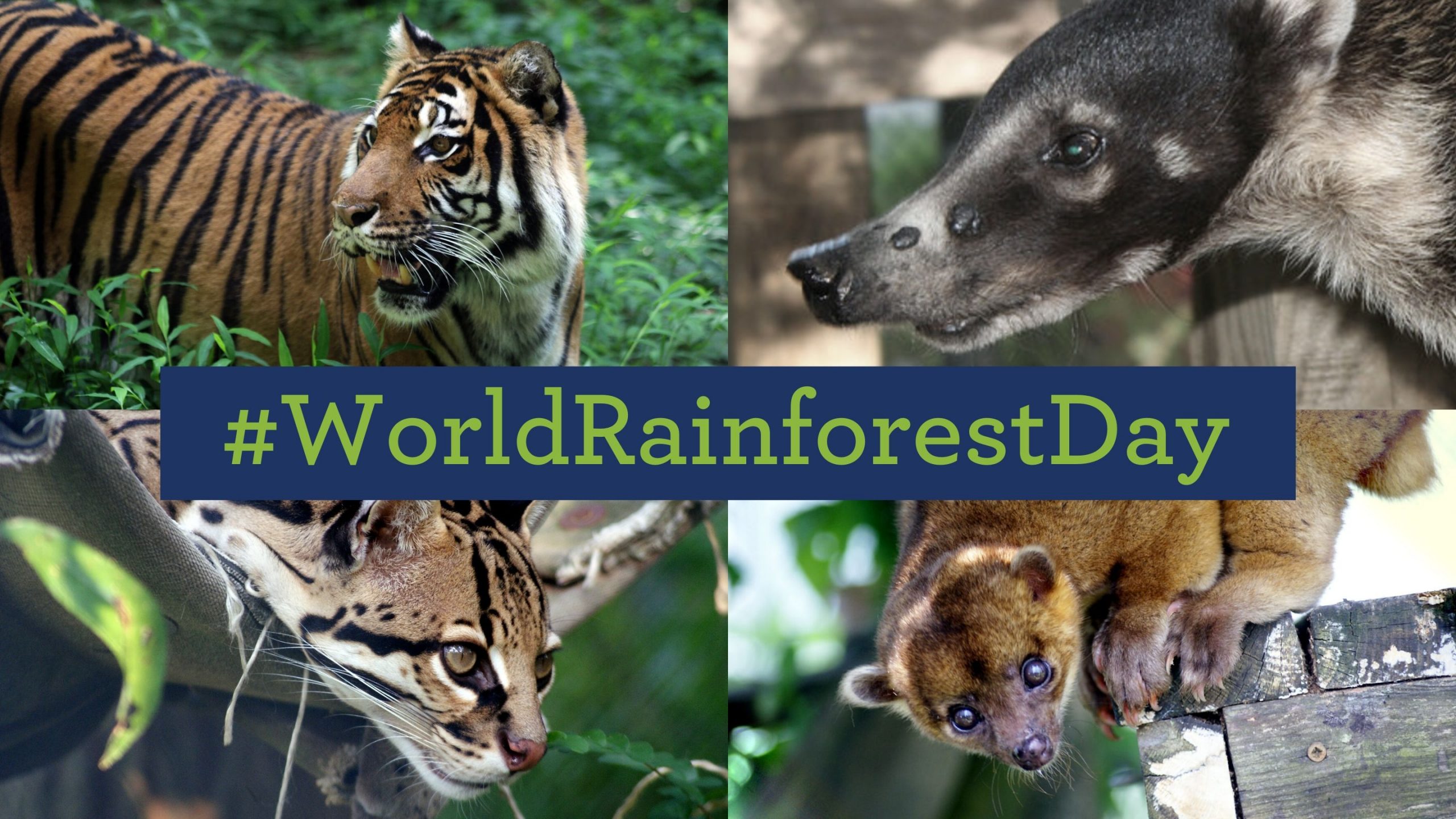 It’s #WorldRainforestDay! Several of the animals we care for at Carolina Tiger Rescue are species native to rainforests around the world, so it’s important to do what we can to protect their native habitats. 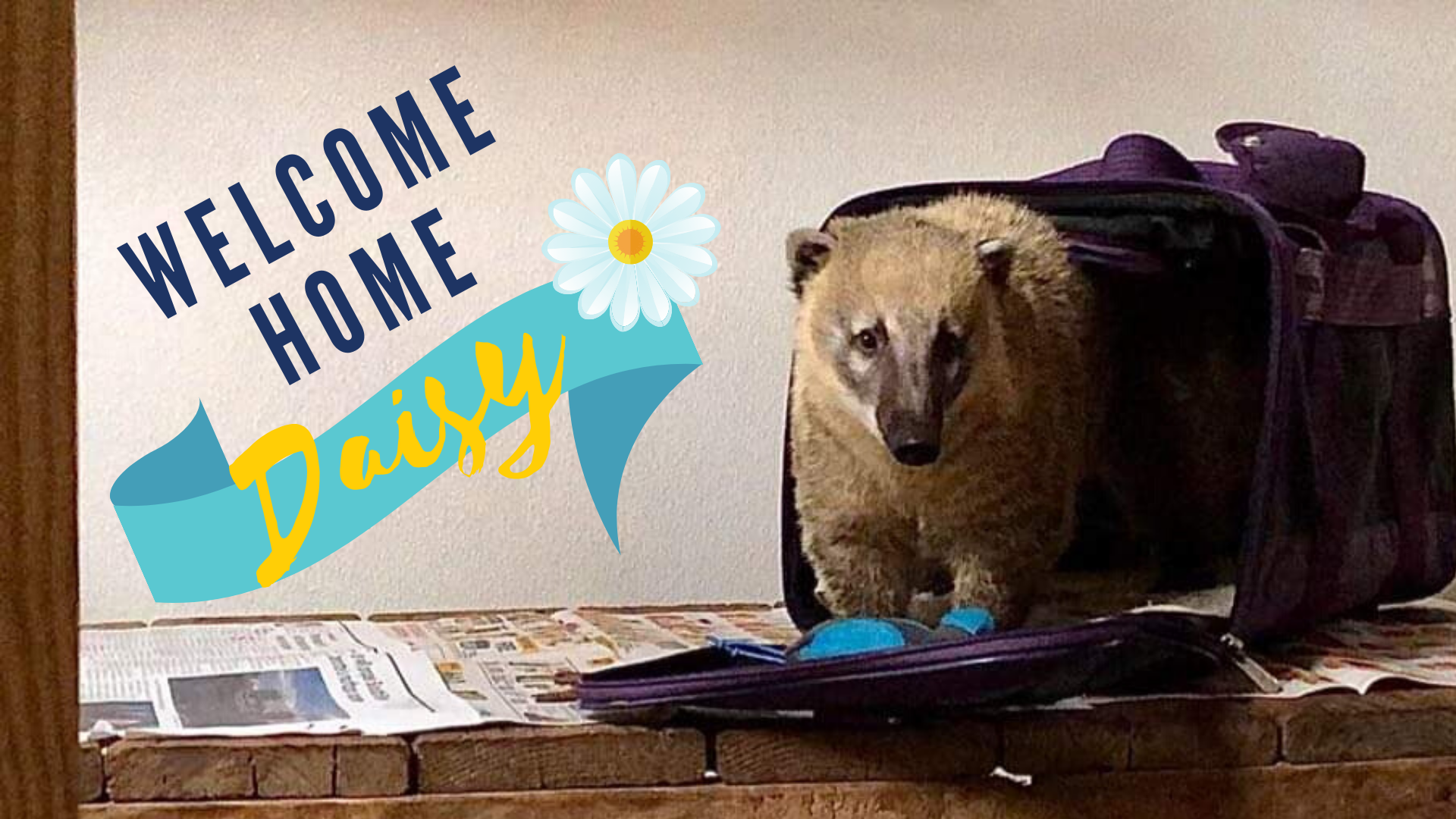 Carolina Tiger Rescue is excited to announce the arrival of their latest rescue, Daisy Coatimundi. Daisy arrived on May 18, and is already adjusting to her new life at the GFAS-accredited sanctuary. 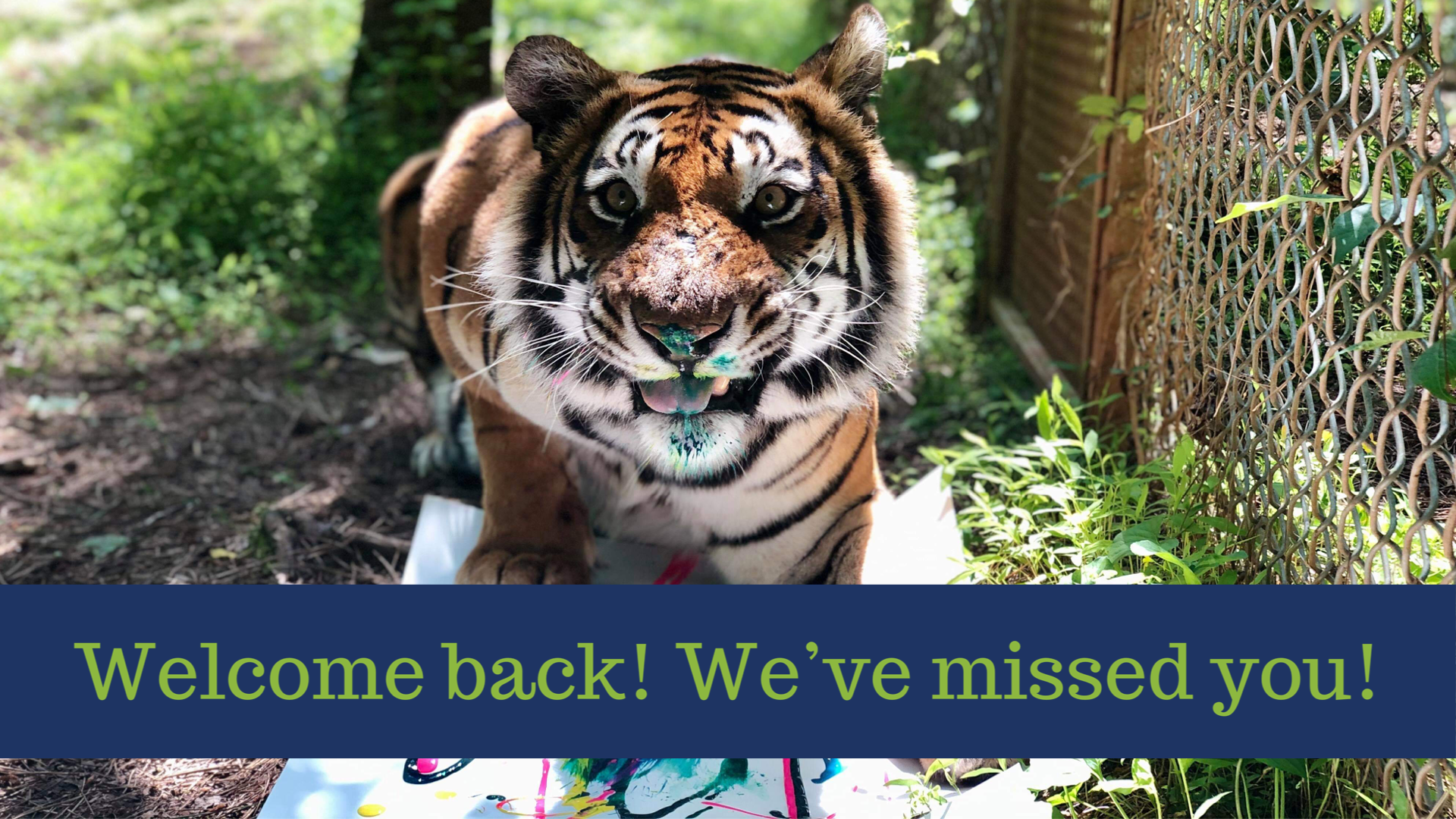 Catch up with the cats – Carolina Tiger Rescue is Reopening!

Carolina Tiger Rescue will reopen its gates to the public beginning on June 5, ending what has become a long two-and-a-half months of partial shutdown due to COVID-19. Following Governor Roy Cooper’s Phase II guidelines, members of the public will be able to purchase tour tickets beginning next week.