Kaela is a headstrong tiger who enjoyed pushing her brother, Rajah, around. She now lives in a separate enclosure and loves being on her own. Kaela acts like a typical cat; if she wants attention, she will be front and center, but if she is not feeling it that day, she will sleep in the back and ignore the tour group. She is very food-motivated and will do almost anything for a treat. 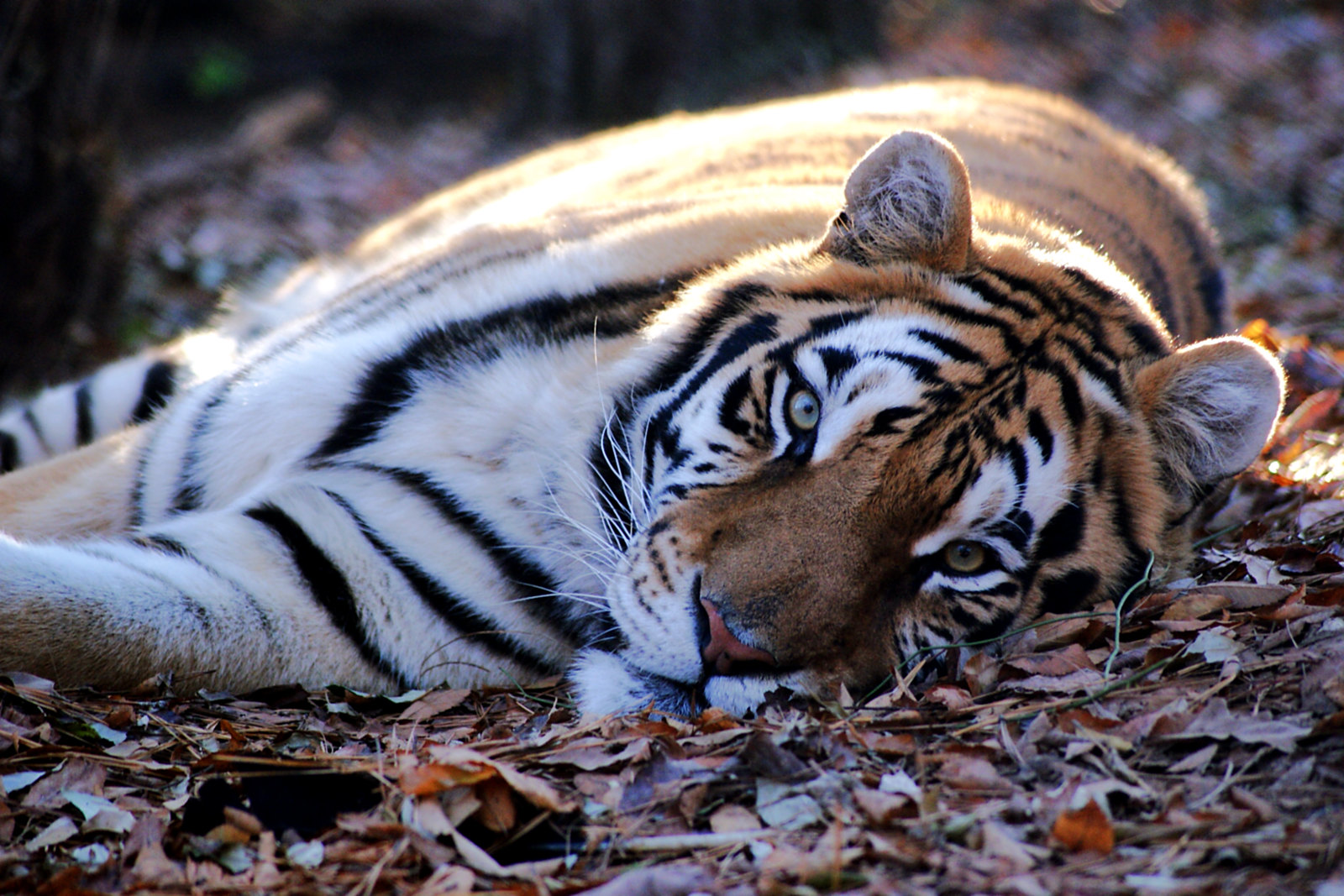 How Kaela Came to the Sanctuary

Kaela and her brother, Rajah, were rescued from the side of the road outside of Charlotte, North Carolina, when they were about 6 months of age, in January of 2005. An off-duty officer came upon them and called 911. Animal Control responded but Rajah and Kaela were on opposite sides of the road, putting them in two different counties, which meant two different Animal Control offices had to respond and pick them up. The North Carolina Zoo in Asheboro held them in quarantine until their enclosure here at Carolina Tiger Rescue could be built for them. No one is sure how the cubs got there or if they are actually brother and sister. We guess that they are related, due to their similar color and stripe pattern and the fact that they were the same age when they were found.

Kaela is not as laid back as Rajah. She is much more active and seems to be more aware of what is going on around her. She is very headstrong and likes to do things on her own terms and on her own time. Kaela loves to eat so food is a great motivator for her. She is very smart and picks up on patterns of behavior very quickly. Kaela loves to come up and greet the tours that come to see her and will "chuff" at them.

Kaela weighs around 400 pounds and is noticeably smaller than Rajah. Female tigers are often smaller than males in the wild. Kaela has a round face and the fur on the tip of her nose has been rubbed off due to her rubbing her face against the fence. Cats have scent glands in their cheeks and will rub against objects to put their scent on them and make them their own.

Kaela lives on Pine Forest and is flanked by Santana Serval and Kitwana and Zari Caracals.  She lives across the tour path from Shenandoah and Saber Tigers and Mona and Moki Tigers.

North Carolina is one of five states in the U.S. where it is legal to own a non-native species.  In other words, it is legal in North Carolina to own a lion, tiger, or other wild cat. Kaela's story is a direct result of this lack of legislation. Due to how easily animals such as Kaela can be acquired, people are obtaining them as pets and then realizing, sometimes at the expense of a human life, or the animal's life, that this isn't a good idea. Animals such as Kaela deserve to be respected as the wild animals they are.