Sebastian was originally used in a haunted house in Texas. He, along with tigers, bears, and wolves, was used as part of the décor in the haunted house. His owner died prematurely and left his animals in his parents’ care and they decided not to keep the big cats and bears and sent the animals to the Wild Animal Orphanage (WAO) in Texas. WAO shut down in 2010 and over 300 animals had to be rehomed. Carolina Tiger Rescue rescued ten animals, including three lions and seven tigers. Sebastian is known for his large size. He was the largest of all our lions at Carolina Tiger Rescue, weighing in at around 475 pounds. He did not have a mane because he was neutered. When a male lion is neutered, they lose their mane because they lose their ability to make testosterone. 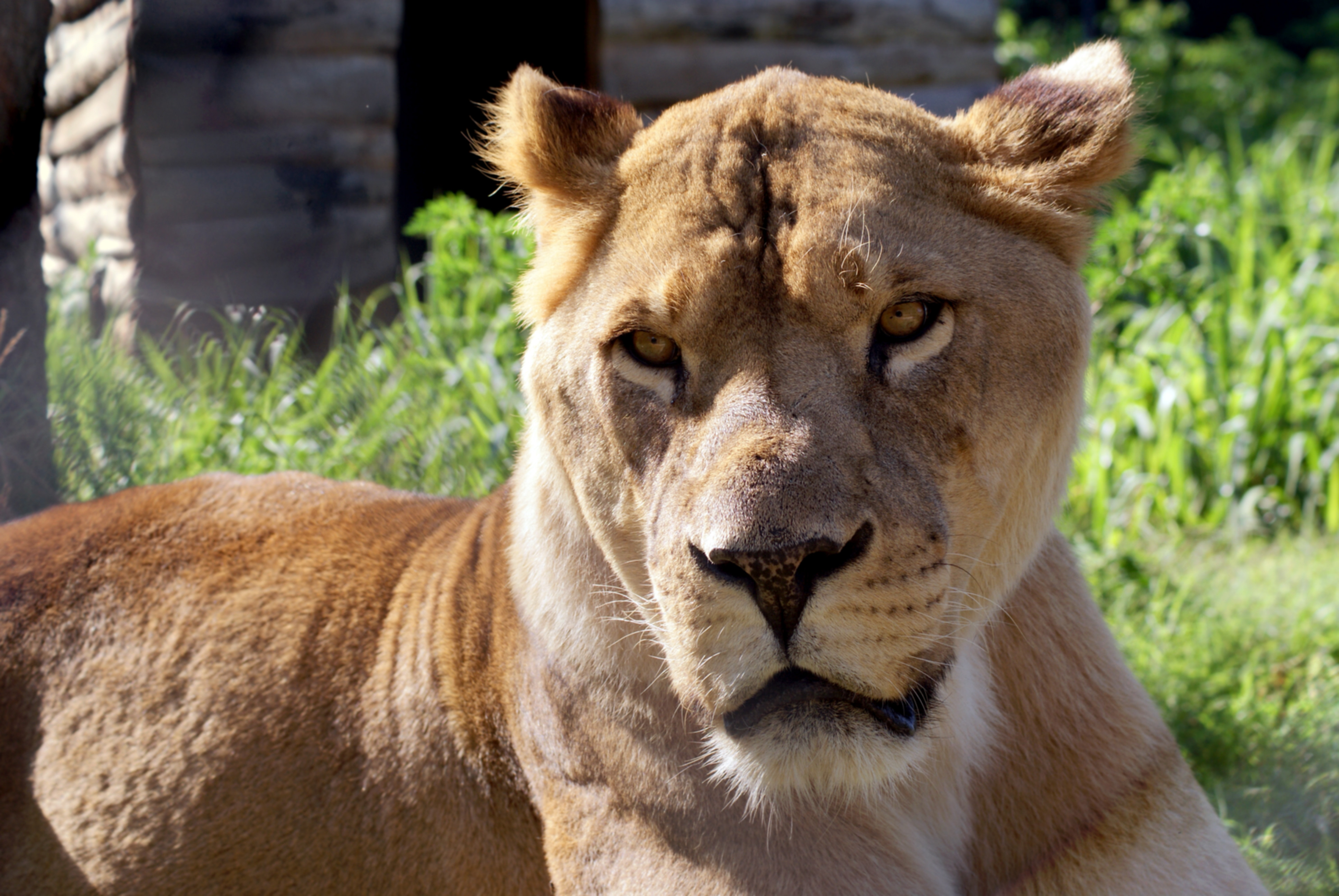 We had to say goodbye to Sebastian Lion this week. We have been monitoring Sebastian for the past few months after we noticed him having some difficulty walking. We soon realized that he was losing feeling in his back legs. This is not uncommon in older cats in general, but given Sebastian’s size, we knew this was a likely complication as he aged. While he was in no pain, he was losing more and more feeling and then also becoming weaker. Medications helped for a while, but unfortunately, his ability to walk took a drastic turn and we had to make the best decision for him.

I know that Sebastian’s death will hit many of us very hard. Sebastian, Sheba, and Tarzan were the first pride of lions many of us had ever met. They taught me so much about what it means to be a lion. Watching how they interacted with one another was completely different than watching a group of tigers. They had a very clear hierarchy and worked together as a team. One of my favorite memories will always be Sebastian’s quarantine physical. While we had him under anesthesia, both Sheba and Tarzan watched intently from the shift gate. Normally we want animals to be up and moving well before we allow enclosure mates back together, but something about how they were acting made us feel that maybe, just maybe, they needed to go back together. Sure enough. We let Sheba and Tarzan back over and they sniffed Sebastian from head to toe. Then they laid nearly on top of him while he recovered. It was a pride working together like I had never seen before.

Sebastian is the last of his pride and the last animal from our WAO rescue in 2010. I know that it will be difficult to walk past his enclosure and not see a pile of lions sunning themselves on the hill.

We know that loss is to be expected when you work with animals. They don’t live as long as we do and many of them come to us as older animals with health issues, but it doesn’t make the grief any less heartbreaking. But today is a new day and many animals still depend on us to care for them. We regroup, take an extra deep breath, and take extra special care of each other.