Nakobi Cougar came to Carolina Tiger Rescue with Jericho Cougar, Roscoe and Camilla Tiger, and Roman and Reina Lion from Rescue One, a sanctuary in Ohio. Rescue One decided to close its doors because it could not keep up with the changing laws regarding wild animal ownership in Ohio. They also were in financial trouble and could no longer afford to keep their animals. Ohio had toughened their laws regarding exotic pet ownership following a 2011 incident in Zanesville, Ohio. A private owner released 56 of his lions, tigers, cougars, wolves, leopards, and bears before committing suicide. Unfortunately, law enforcement was forced to shoot the animals due to concerns for public safety. The following year, Ohio banned private ownership of dangerous wild animals. 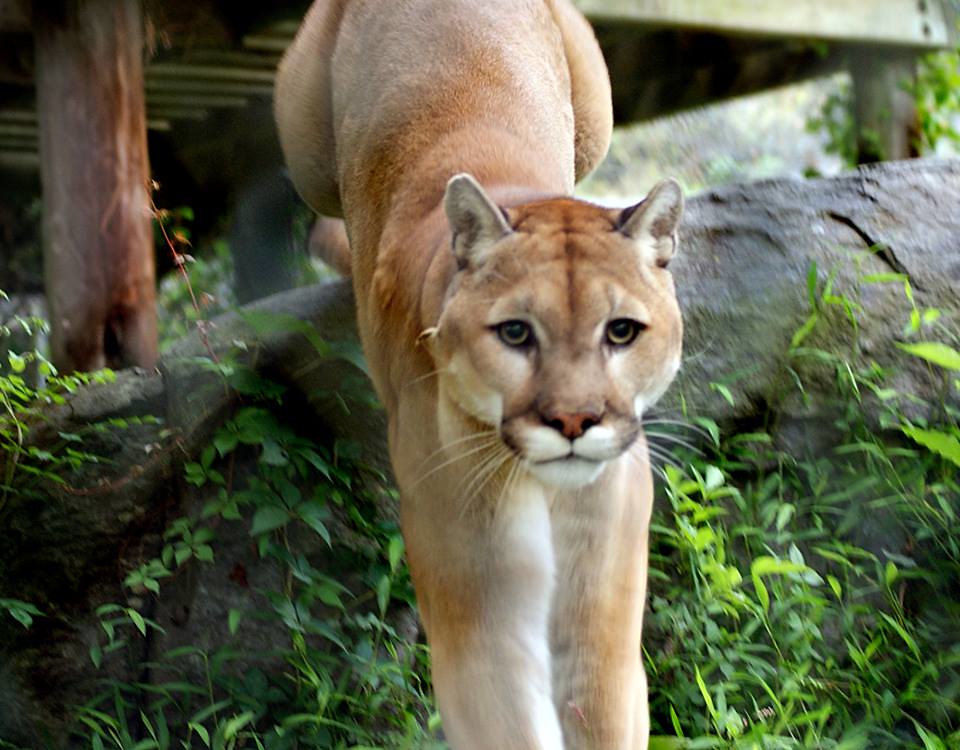 I’m sorry to say that I’m reaching out to you today with some sad and very unexpected news of Nakobi Cougar’s passing. For many, many years, we have been treating Nakobi for multiple GI issues. We had him on a regimen of supplements and medications that seemed to keep his medical issues under control. Recently he had a small flare-up, but we were not overly concerned. We made changes to his medications, and he perked back up and was eating and going to the bathroom. Sadly, Nakobi passed away on his own overnight. We performed a necropsy and didn’t find any apparent reason for his death. All of his organs appeared normal, but sometimes there are more answers under the microscope, so we sent samples of everything to the lab for a more extensive review. We hope to have answers back in the next week or so. I know that everyone is feeling very anxious right now as we deal with the pandemic, but we have absolutely no reason to believe that his death had anything do with the COVID-19 virus.

Nakobi was beautiful. His coat was breathtaking, he had an incredible tail, and he looked every part a brawny male cougar. We may have even joked a bit that he was the golden retriever of the cougar world due to his good looks (and maybe because of his less than regal personality!) Nakobi knew how to have fun with the people that cared for him. One of his favorite games was hide-and-seek. He would hide behind his rocks and wait for you to turn your back to him and then come racing toward you. I’m pretty sure he thought he was being really sneaky.

I’m a bit sad that Nakobi didn’t like large groups of people. He was never on tour, so the general public never got to see his antics. And while his medical issues made taking care of him a bit tricky, I know that no one would have hesitated to bend over backwards to do what was needed for him. Though I must admit, there were staff members who would rather not be the person tasked with giving him meds. Man, he could really make things difficult for you when it came to taking pills. Nakobi, with his silly antics and complicated meds routine, will be greatly missed.