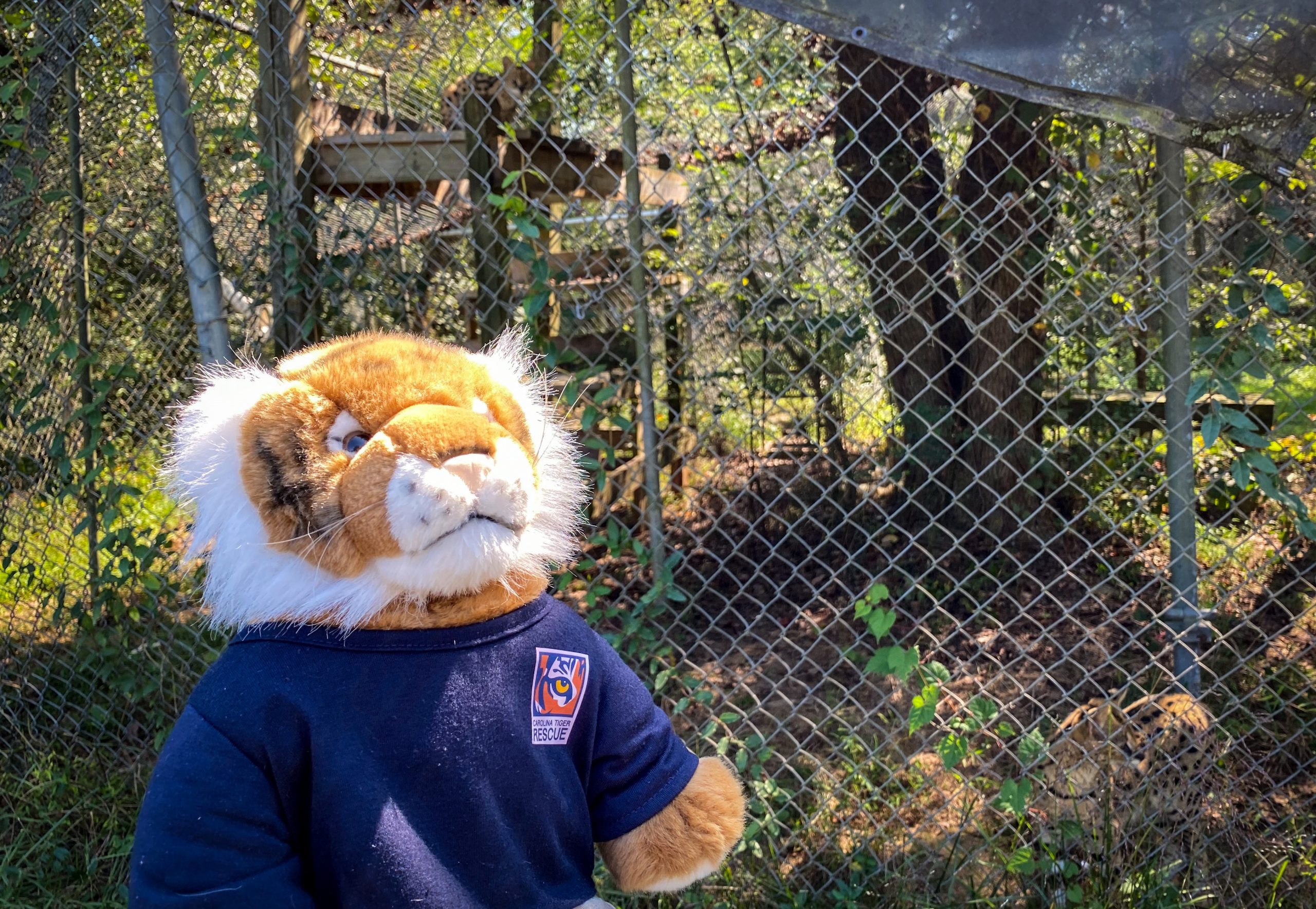 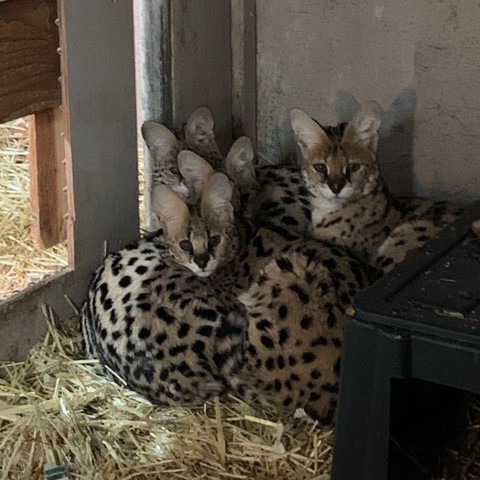 In December of 2019, we rescued seven servals from a backyard breeder in British Columbia. The breeder was keeping the servals in RV’s in their backyard, with no natural sunlight, no ventilation, and extremely unsanitary conditions. After arriving at Carolina Tiger Rescue, the seven servals spent time in quarantine before being moved to enclosures off the tour path. Once they had a chance to settle in and gain some confidence, we decided to try six of the servals on the tour path and they have been doing great on tour ever since!

In order to provide a change of scenery and enrichment for the animals, we will occasionally move animals to different enclosures around the sanctuary. Providing stimulating enrichment helps prevent boredom in captive animals and allows them to engage in natural behaviors. A new enclosure in a different part of the sanctuary can provide many new scents, sights and smells for the animals living there. All six servals are still along the tour path and have been enjoying seeing visitors as they pass by and are getting to know their new neighbors as they settle into their new enclosures. 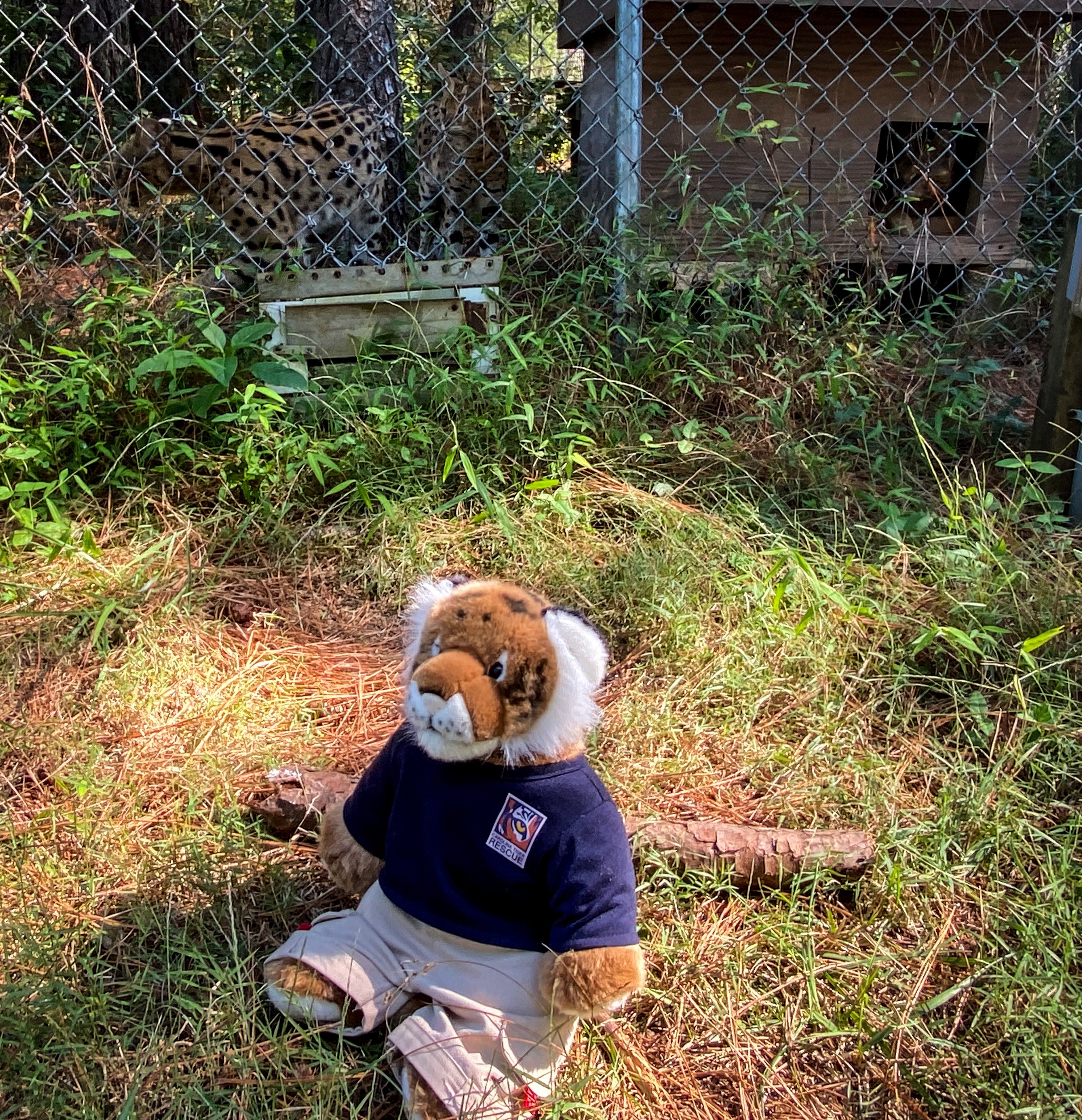