Ranger Bobcat continues to settle into his new home in the sanctuary!

Ranger was born in the wild in California, but unfortunately became a pet soon after and, years later, he was brought here to Carolina Tiger Rescue. To read more about Ranger’s journey, check out my previous post! Ranger arrived in March and, like all new residents of the sanctuary, had to spend at least his first 30 days in quarantine so that we could make sure he was healthy and get to know him.

Ranger’s initial physical went well! He was cleared from quarantine in late April and soon moved out into his enclosure. While in quarantine, Ranger was nervous and seemed like he would most enjoy an enclosure away from tours and too much commotion, which is perfectly fine. He gets to make the decision to be on tour or off tour and, through his behavior, we could tell that he said, “No thank you!” to big groups. So, an empty enclosure awaited Ranger next to Magoo Ocelot in Elm Grove. Elm Grove is very peaceful, calm, and off the tour path, which is perfect for Ranger. 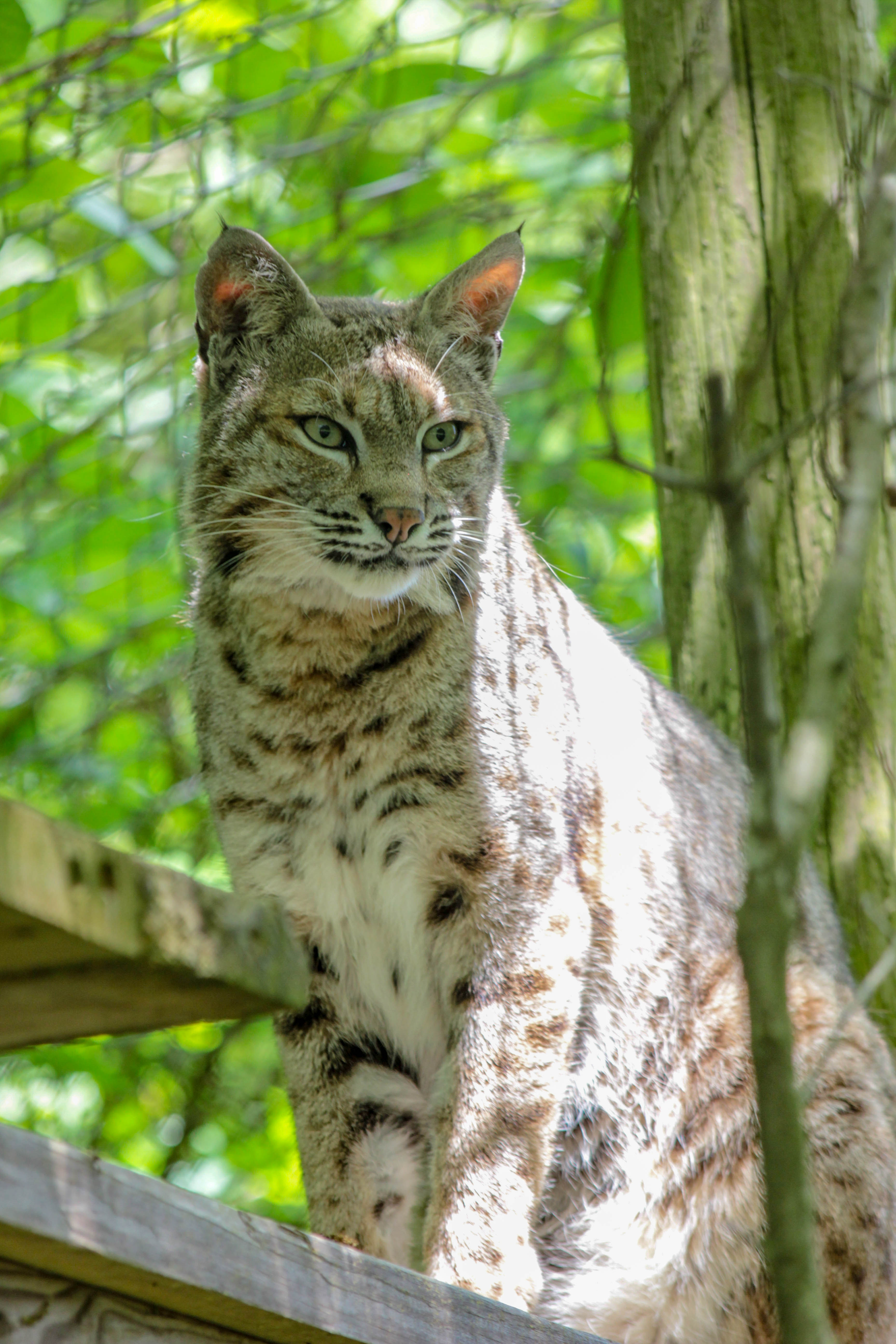 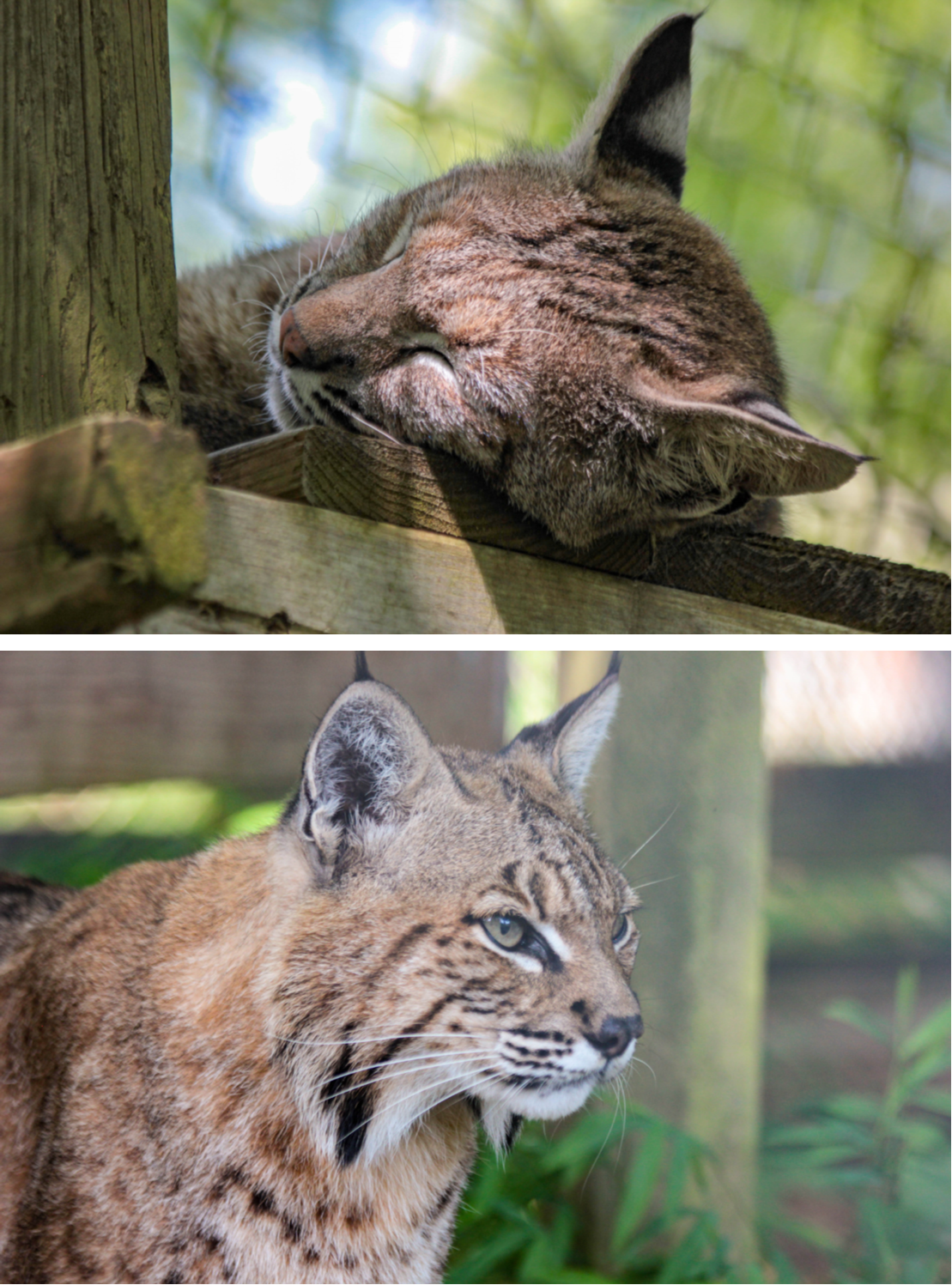 Since moving out into his very own enclosure, Ranger seems to be enjoying his new life in the sanctuary. He loves to lay up on the higher platforms in his enclosure where he can best see his surroundings, but he will definitely climb down for meat! Ranger will come up for food and is allowed to get treats. He does a wonderful job with calmly taking treats off the treat stick. We can’t forget about enrichment! When no one is around, he appreciates the enrichment left for him. And although Ranger is a quiet and reserved bobcat, he has chased and stalked a kite flown by a volunteer outside of his enclosure! He definitely has the instincts of a wild predator, despite being kept as a pet for many years! This is just one reason we don’t support the private ownership of these wildcats.

I’m glad Ranger was able to come here to the sanctuary. It’s so fun to watch his personality shine more and more as he gets used to life at Carolina Tiger Rescue.