Let’s talk about leopards and their amazing tree climbing abilities! Then, meet Anthony, the sole leopard at Carolina Tiger Rescue.

Leopards are stealthy predators that live in Africa and in eastern and southern Asia. They are opportunistic, meaning they will take just about any chance they get to catch prey, including prey larger than themselves. They share habitat with other predators and with scavengers, like lions and hyenas, who may want to take prey that the leopard worked hard to catch. Fortunately for leopards, they have an impressive way to keep this from happening! By dragging their prey high into trees, leopards can keep their food all to themselves. Leopards’ powerful legs, large paws, and strong jaws allow them to easily pull prey three times their size high up a tree. Once they have pulled the prey into the tree, they will lay it across a branch and eat, often leaving it there for another meal in the near future! In some places in Africa, you may even see signs warning you to “Watch for falling leopard prey.” Isn’t that wild? 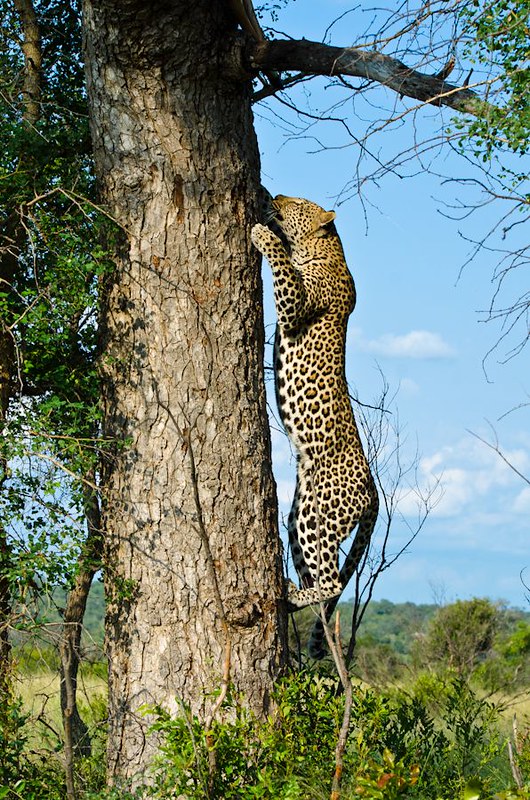 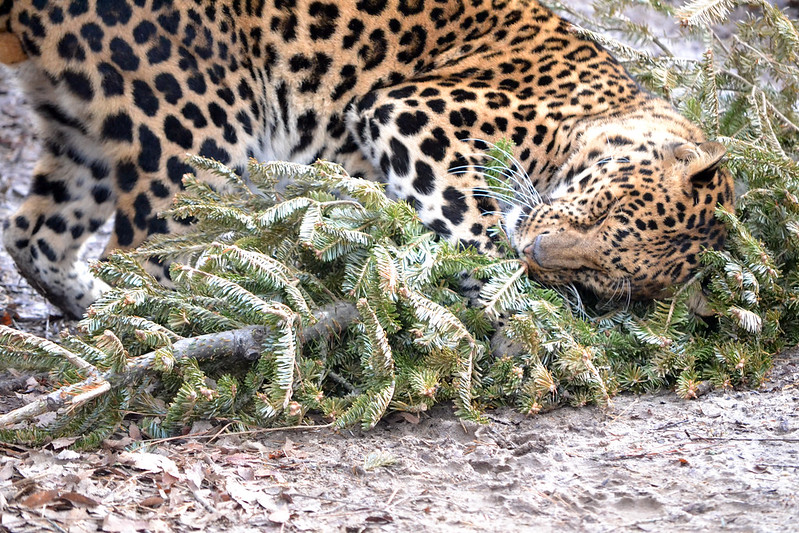 Anthony is the only leopard currently at Carolina Tiger Rescue. He came to us from a facility in Colorado in 2016. The owner fell ill and decided to sell his property and donate his animals. Carolina Tiger Rescue worked with other sanctuaries around the country to find proper homes for over 100 animals. We provided a home for sixteen of those animals, including Anthony. Anthony is a very energetic leopard and always seems to be on the move, enjoying enrichment and his enclosure to the fullest.

Anthony’s enclosure is customized to fit his and his species’ needs. Because of his amazing climbing abilities and strength, his enclosure has a very sturdy and strong roof. It also includes many tall platforms and beams that he can climb onto and hang out in. Anthony loves to run and explore every bit of his enclosure, including even his tallest platforms. Like a wild leopard dragging prey into a tree, Anthony was once observed dragging one of his Christmas trees onto his platforms! Anthony is on the smaller side for a male leopard, weighing in at 95 pounds. Because leopards can drag prey three times their size into a tree, he can pull something 285 pounds high up in his enclosure! Next time you are out at Carolina Tiger Rescue for a tour, I hope you get to see Anthony climbing his platforms with ease! 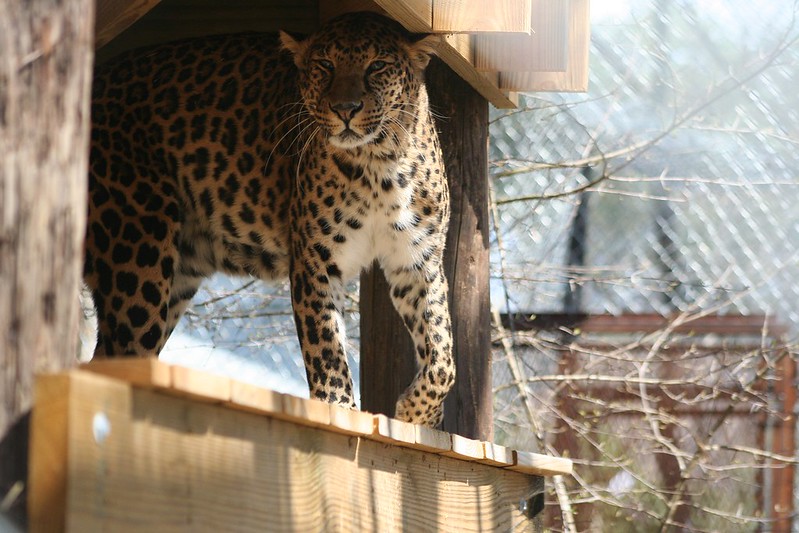