Most of our animals can eat a whole carcass diet, meaning the raw meat and bones, with no problems. Nakobi Cougar and Elvis Serval, however, have some special meal preparation guidelines! Today, I’m going to explain why Nakobi’s meals are served differently and next week I will talk about meeting Elvis’ needs.

After he arrived at Carolina Tiger Rescue in May 2012, we noticed that Nakobi’s digestive system was not working quite like it should. We did a study on Nakobi, Star, and Jericho Cougar to see how Nakobi’s digestion compared to the other two cougars at the Rescue. We found out that Nakobi’s gut has trouble moving large pieces of food through and digesting it properly. We are not sure exactly why this is, but we had to figure out a way to feed him that would work well with his body. We began to feed Nakobi ground meat instead. While his body still digests things a bit slower than the other cougars, he is doing much better! 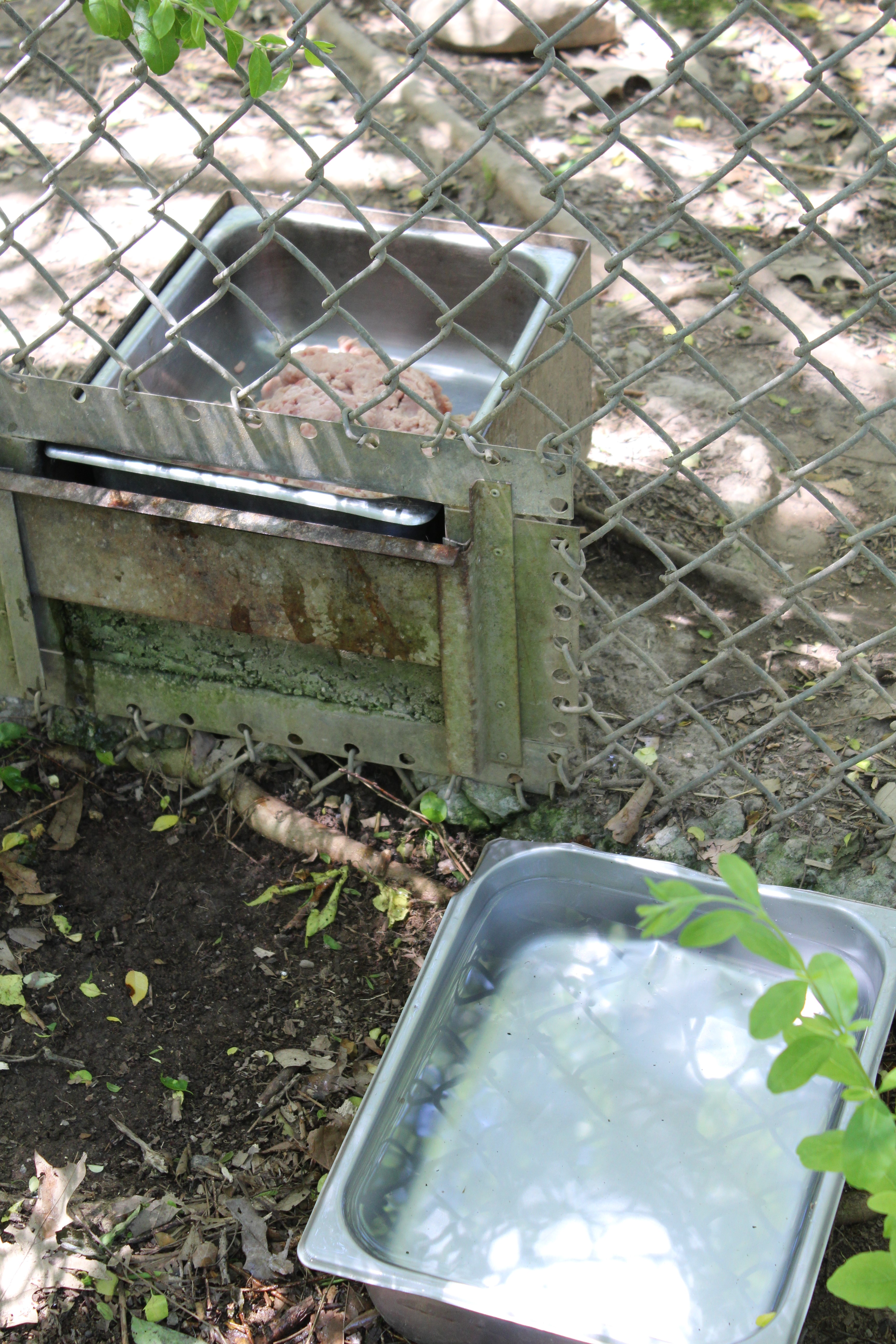 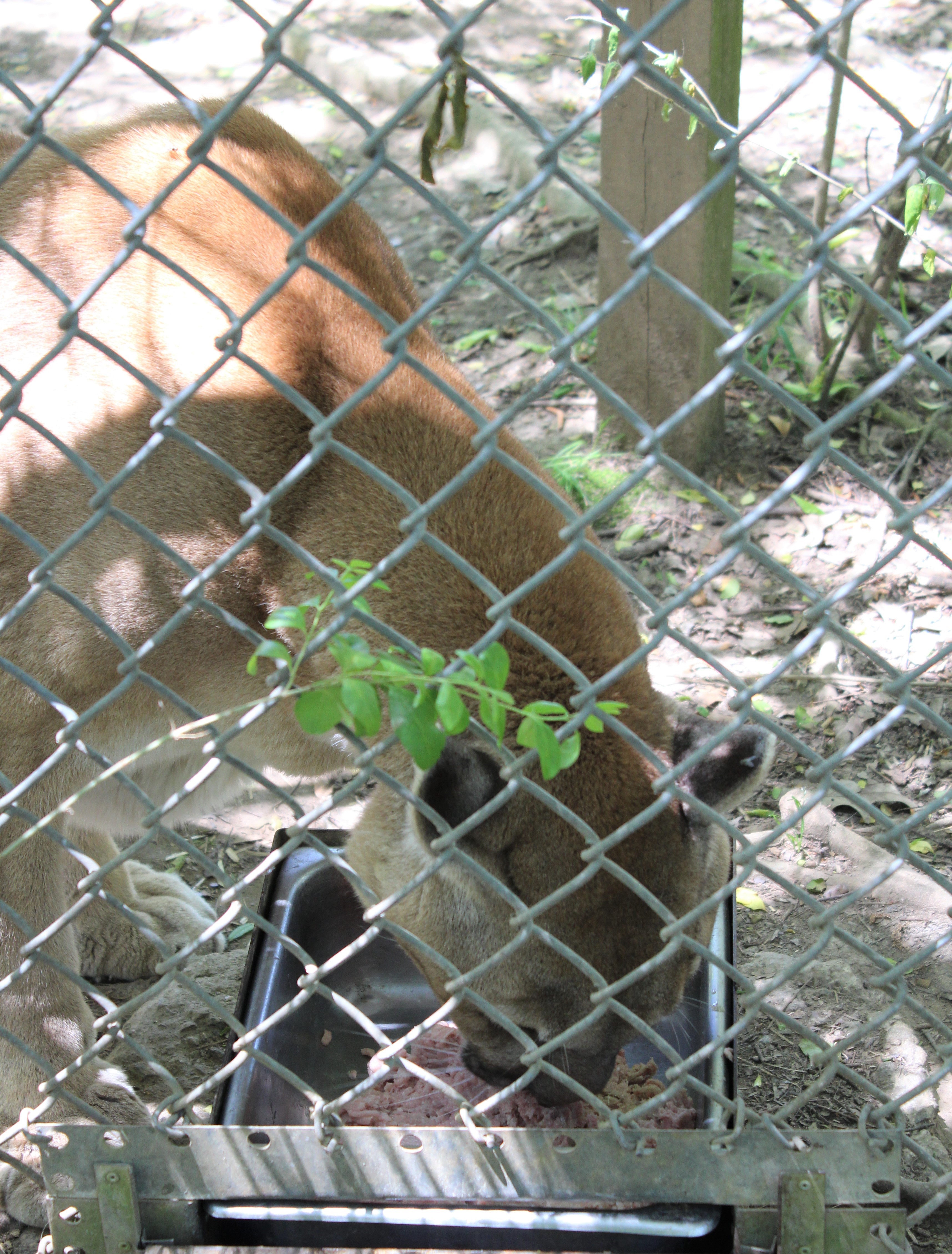 Since Nakobi’s meals come in the form of ground meat, we do not drop them down the food chute. We put ground meat into a clean dish the same size as his water dish and swap it with one of his waters, as you can see in the top picture. And there Nakobi is in the bottom picture enjoying his ground turkey I fed him!

Nakobi requires a special diet and a few medications. We are able to give those to him, but his story could have ended very differently. Nakobi was once a private pet. If he was still a pet, his owner may not have noticed his irregularity and digestive problems or may not have been able to find him proper vet care. Nakobi would have certainly passed away. Not only is owning a wild animal such as Nakobi dangerous, but it is also difficult to provide them with the care they need to live a happy life. I’m glad Nakobi gets to live a long, healthy life here at the Rescue!