If you have visited Carolina Tiger Rescue, you may remember Saber Tiger. He lived on the tour route next to Mona and Moki Tiger. Our keepers recently noticed that Saber needed extra enrichment, as did one of our off tour tigers named Shira. Shira would lay against her enclosure fence to get as close as she could to her neighbors, Mila and Riley Tiger. The keepers decided to introduce Saber and Shira to one another to see if they would like to become enclosure mates. 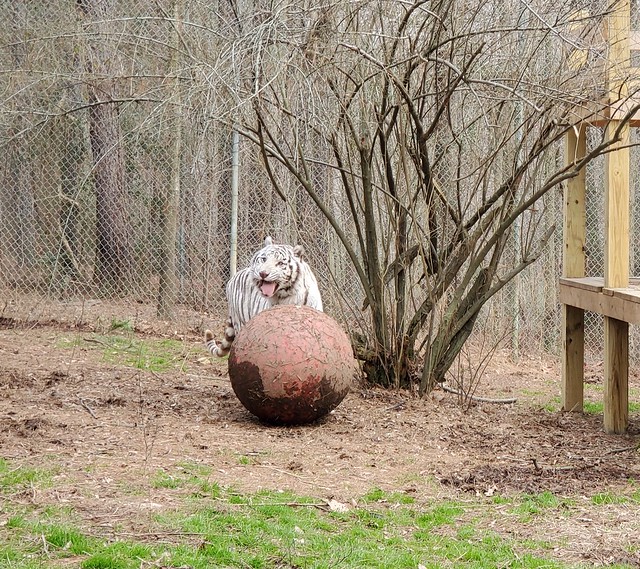 To introduce the two tigers, it was best to let them share a fence before sharing the same space. This way, we could see how they reacted to being close to one another and they could adjust gradually to the change. At first, Saber and Shira were in separate shifts, or sections, of Shira’s enclosure. Over the course of six weeks, keepers kept a close eye on their behavior to make sure they were not stressed out by the close presence of another tiger and were not aggressive towards one another. If they reacted negatively, we could move Saber back to his old enclosure.

Shira and Saber did very well sharing a fence. They were even seen laying next to each other on opposite sides of the fence! Our keepers decided it was time to let them share the same space and we unshifted them. At first, they were only allowed to interact during the day and were separated at night, but they did so well, that in about four days, they were left together overnight and have been sharing their space ever since! 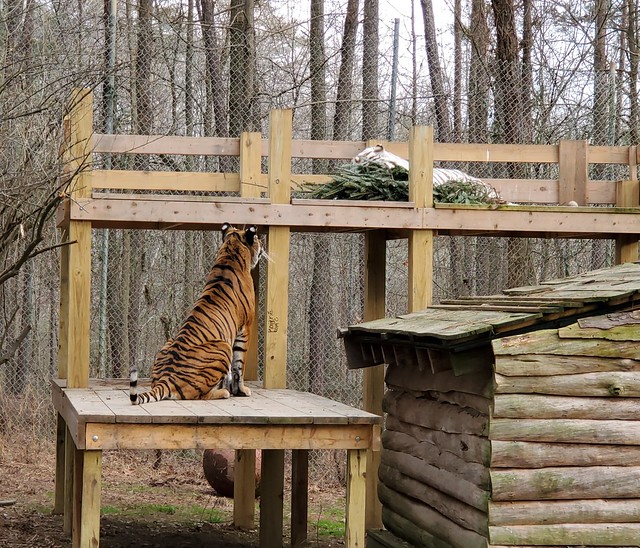 This was the perfect outcome for Shira and Saber! They will now have daily social enrichment on top of the enrichment they get from keepers and volunteers. I visited the two new enclosure mates today and they seemed to be enjoying themselves. Saber was playing with a boomer ball and a Christmas tree while Shira was climbing platforms and occasionally chasing him. At one point, Shira really wanted the Christmas tree Saber was using, but she patiently waited on the platform below for him to finish with it.

I’m so glad Shira and Saber are here at the Rescue where they receive the right amount of enrichment to keep them busy and happy! This just goes to show that one size does not fit all when it comes to the type or amount of enrichment each animal requires. We will do all we can to give them what they need to live a happy, healthy life. 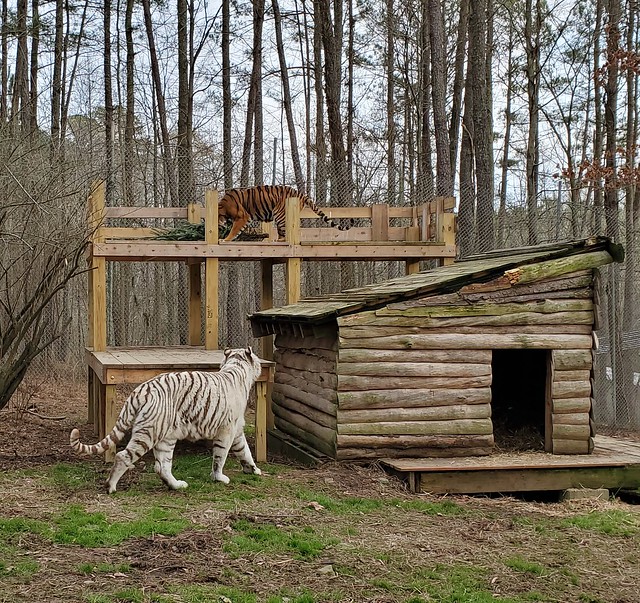