The seven servals said goodbye to quarantine! I’m happy to report that they have all been moved into their outdoor enclosures. What a way to ring in the new year!

The four females, Cher, Blondie, Stevie, and Queen, were the first to move outside. They moved in next to Daxon Serval off tour on Mimosa Point. The girls are certainly enjoying the features of their enclosure. When I visited, Stevie was sunning herself on top of one of the den boxes without a care in the world. Blondie was first laying in one of the straw-filled den boxes but soon emerged to walk the perimeter of her enclosure keeping an eye on her surroundings. Queen is the most shy of the girls and kept her distance from me while looking out at the sanctuary. Cher, the most talkative of the girls, was sure to hiss at me before sitting atop the tallest platform and watching the wind blow through the tree above her. At one point she even held her paw up as if to strike the branches when they dared to move again. 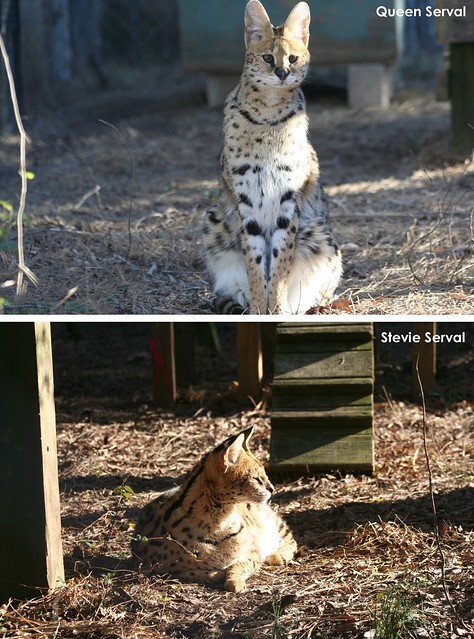 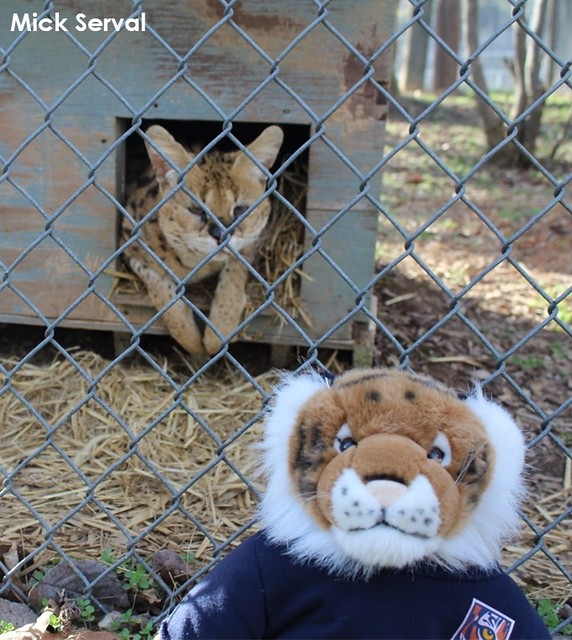 Our three new male servals, Mick, Bowie, and Dylan, have moved into an off tour enclosure in Elm Grove next to Wednesday and Baxter Kinkajou’s winter house and across the path from Albert and Lola Kinkajou’s winter house. The boys have quickly adjusted to the commotion of a working sanctuary and do not seem to mind the staff, volunteers, and work vehicles that pass by their enclosure. I went with Keeper Tessa Stripes to check on the boys today. Dylan was high up on a platform watching his territory, Mick was relaxing in a den box, and Bowie was laying in a cozy spot under a tree. They have loved sleeping in their warm dens and napping in the sun.

It is so exciting to see the new servals enjoying an outdoor home and so fun to see their personalities really begin to shine. We will give them all the time and space they need to adjust and settle in. Knowing they went from dark, terrible conditions in a trailer to these spacious, beautiful outdoor enclosures reinforces how important our work at Carolina Tiger Rescue is! 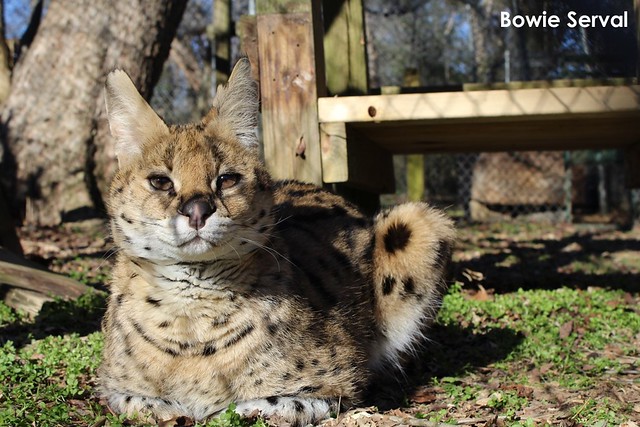