Scientific names come from an animal’s taxonomy. Taxonomy is the classification and sorting of living things based on shared characteristics. You can think of taxonomy like a library. Libraries are sorted into sections of similar books so that it’s easier to find the one you want. Libraries may first sort their books by the age of the readers, like adults, teenagers, and children. Then, in those three sections they may be sorted into fiction and non-fiction books. After that, they can be separated by what type of story it tells. For example, the teenager fiction books may be separated into science fiction, romance, and mystery. The further into the sorting you go, the more similar the books in that section are. Eventually, you will get down to one book or, in taxonomy, one species. 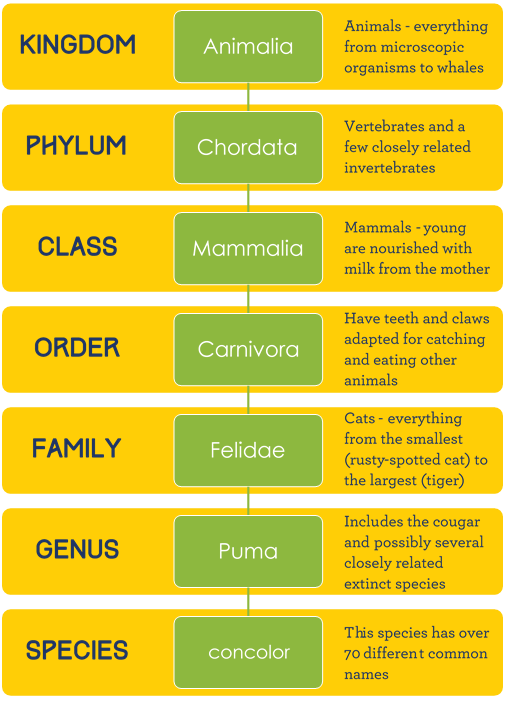 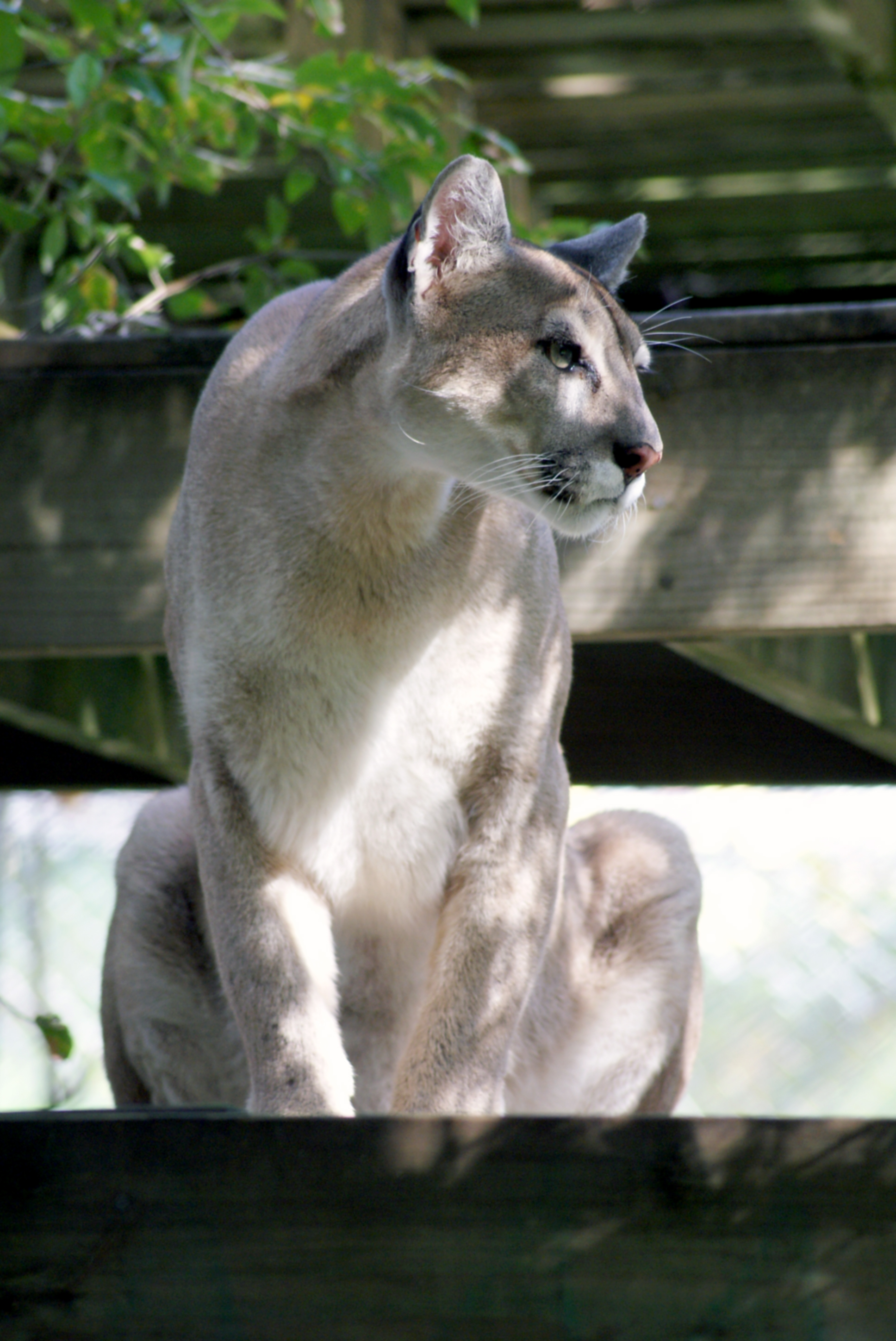 Taxonomy sorts living things into a kingdom first, then a phylum, followed by class, order, family, genus, and lastly species. Above is a graphic to show the taxonomy of a cougar. There are many, many different animals in the Animal Kingdom with very different characteristics. Once you get down to the Felidae Family, you have much more similar animals; they’re all cats! Instead of listing every group that a plant or animal fits in every time we talk about them, we shorten it and just use the genus and species. So, with cougars, the genus is Puma and the species is concolor and we refer to cougars as Puma concolor.

Often, the scientific name is based on characteristics of the animal. For example, “concolor” means “of one color” and the cougar is a solid colored cat, as you can see in this photo of Star Cougar. They have lighter bellies, a darker tip on their tail, and can vary in shade but they are not a patterned cat. In my post about snapping turtles on May 24, 2019, I briefly explain their scientific name. Check it out! And if you get a chance, look up your favorite animal and see what their scientific name means! I think it’s so cool that the name can describe the animal’s features!