Remember when I mentioned an adult owl hanging out near our staff entrance? Well, leaving the rescue yesterday, we could not believe our eyes! We have two baby owls living near the Food Prep building!

As our vet, Angela, was leaving yesterday, she remembered the adult owl and looked up into the trees to see if he was around. Instead, she spotted two fluffy baby owls, or owlets!! We all got a glimpse of the owlets as we were leaving work and I captured some pictures to show you all. 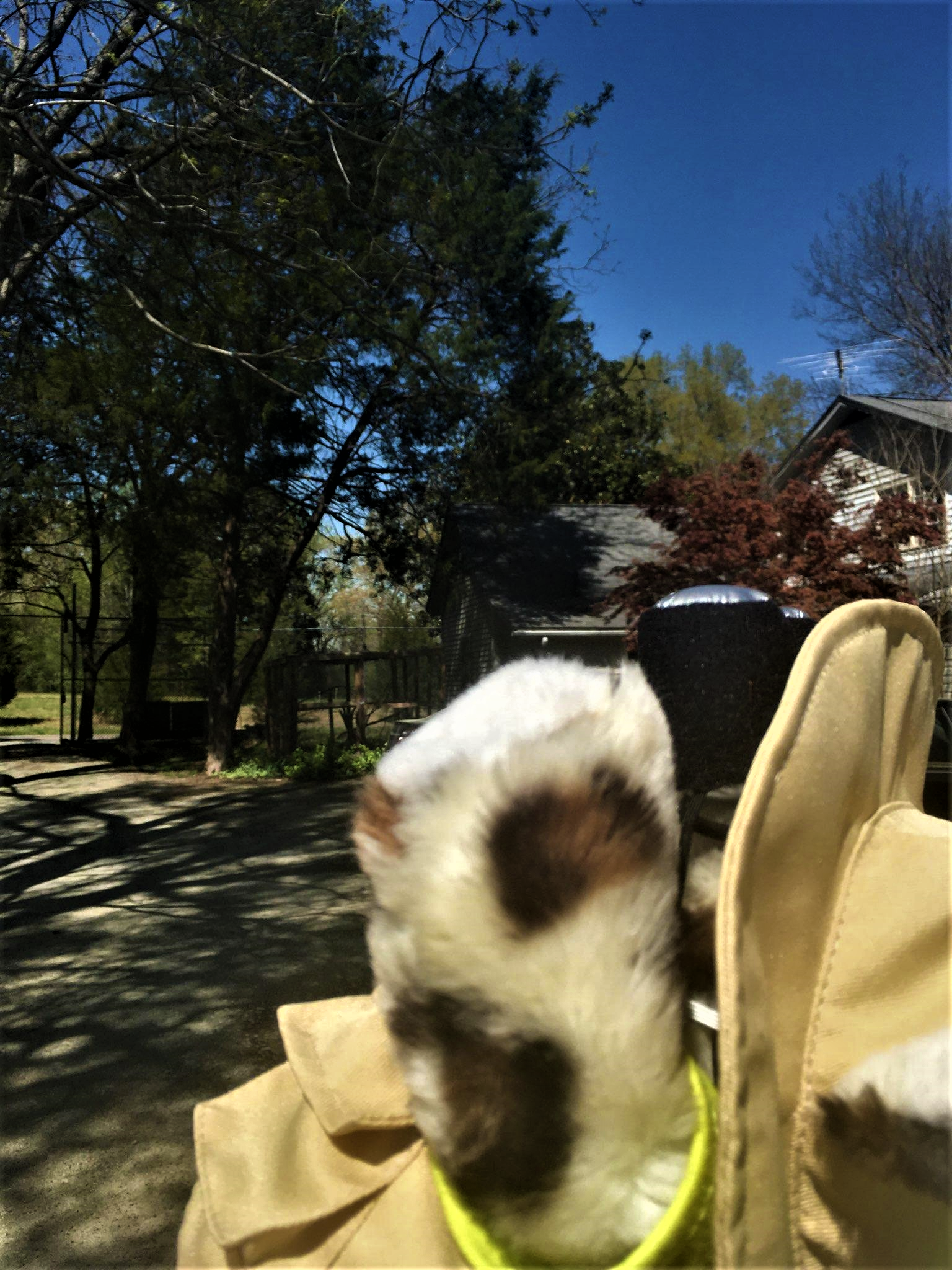 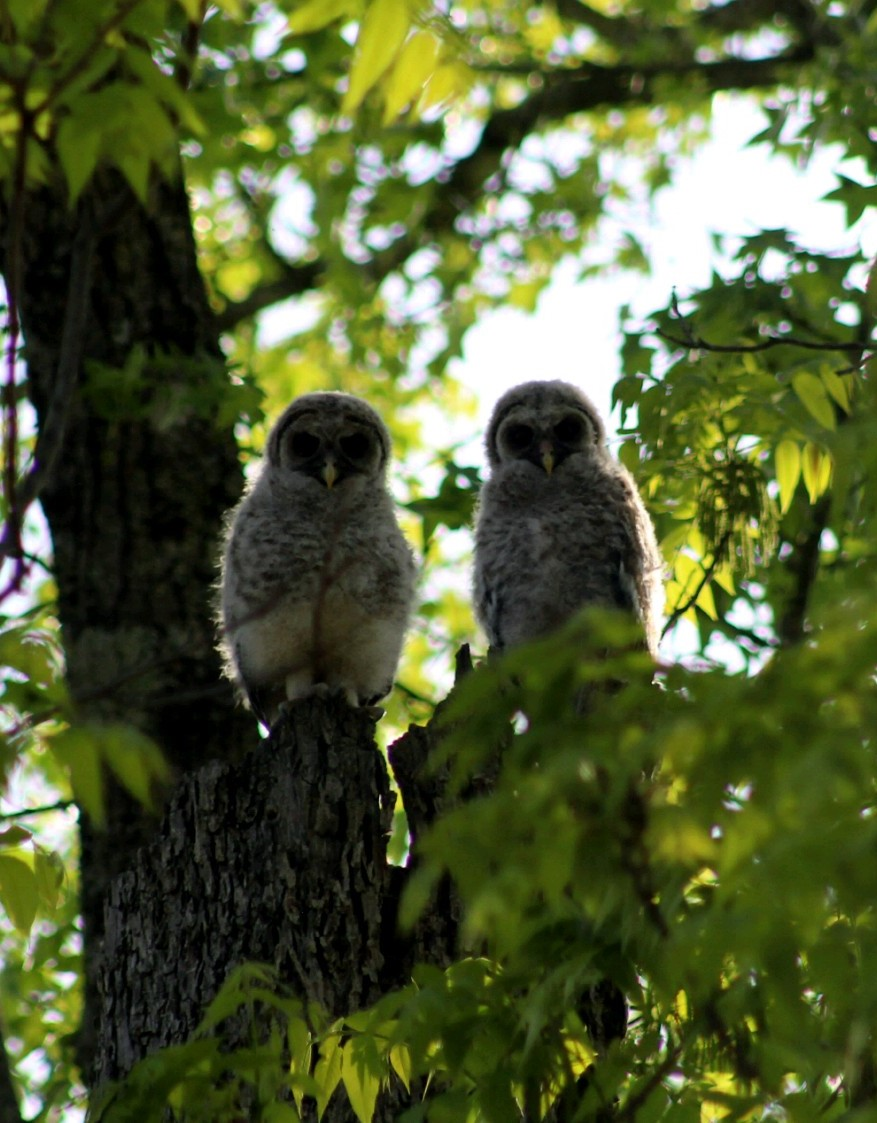 Maryssa and I discussed the characteristics of the owls we have seen, and we think that this is a family of Barred Owls. Barred Owls have horizontal lines on their throats and chests that look like bars. This is similar to bobcats being named after their short, “bobbed” tails. Barred Owls are the second largest owl in North Carolina, but they are still only 1-2 pounds when they are full-grown.

Barred Owls roost on branches and natural cavities of trees. They will find an already formed hole in a tree, may add material to make it a cozier nest, and will lay their eggs and raise their babies in it. These owlets were hanging out at the top of a broken part of the tree. So, I’d be willing to bet that there is a cavity that formed when the tree broke and that the owls are using it as a nest.

Barred Owls are opportunistic hunters and will eat pretty much anything they can catch, such as insects, reptiles, amphibians, and small mammals. We have seen the father owl catch frogs from the pond nearby and feed on an opossum! These owlets will grow up to do the same. I look forward to seeing them grow over the next few weeks and wish them success in their future hunting when they leave the nest!